Vladimir Putin has outlined plans for military reform and re-armament that would see the Russian government spending 23 trillion rubles (some $770 billion) over a  period. He mentioned in the article that the potential for developing the military structure of the Soviet era «is completely exhausted» and the huge armies of the last century are outdated. He called for a «new army» which is needed to confront modern threats. Money will be spent to build «more than 400 modern intercontinental ballistic missiles» for ground and sea forces, 28 submarines armed with nuclear missiles, more than 50 military surface vessels, and more than 600 modern warplanes, as well as a broad deployment of the new S-400 antiaircraft system and Vityaz antimissile system.

The Roadmap for Defense Industry Complex

The article is devoted to the problems that Russian Defense Industry Complex faced at the beginning of zeroes and how it was restored due to skilled and efficient statesmen like Sergey Ivanov, Anatoliy Kvashnin, Dmitriy Rogozin. One can find the steps of forming of vertical holdings which strengthened the Defense Industry Complex and prevent its degradation. The names of these holdings are well-known now: OJSC «Concern PVO «Almaz-Antey», United Industrial Corporation «Oboronprom», United Aircraft Corporation, United Shipbuilding Corporation, etc.

In 2012 the first stage of modernization of the Russian Armed Forces has been almost fulfilled. The restructuring gave birth to a new military organization which is capable to meet modern threats and challenges, economic demands and capabilities of the state and socio-economic practice in Russia.

The outright re-armament of Aerospace Defense, Strategic Missile Forces, Air Force and the Navy has started since 2012. The priority will be given to Nuclear Deterrence Forces, to means of Aerospace Defense and C4I, to development of UAVs, electronic warfare systems, precision-guided weapon, robot-aided strike systems, etc.

International Forum Engineering Technologies 2012 is the largest exhibition in the Russian Federation this year which took place on the territory of TEC Russia (Zukovsky, Moscow Region) from June 27 until July 1 of 2012. The key element of the Forum was its Business Program that was launched with the plenary session entitled «High Technologies — the Determining Factor for Sustainable Development of the Advanced Machine Building Industries of National Economies.» A number of thematic conferences, seminars, and round tables was held as well.

The Russian Technologies State Corporation is on the Eve of Jubilee

The article says about the Russian Technologies State Corporation, its corporate structure and top management. One can find the history of its creation, forming of holdings in the framework of the State Corporation, innovation and privatization outlooks.

The article is a business-case of the Russian Company «Russian Helicopters». One can find information about shareholders, top management, products, markets and challenges faced by the Company.

Distinguished tank designer, USSR State Prize Winner, Major General Leonid Kartsev selebrated his 90th anniversary on July 21, 2012. Under his leadership such tanks as Т-54А, Т-54Б, Т-55, Т-55А, Т-62, Т-62А and missile tank (tank destroyer) IT-1 were designed. L. KArtsev played also a significant role in developing of the T-72 tank. According to numerous experts and tank officers the T-55 battle tank, which was designed by Major General Leonid Kartsev is considered to be a masterpiece of the domestic and foreign tank-building industry. The tank was manufactured in the Soviet Union from 1958 till 1979. Totally 23 600 tanks were built within that time. The T-55 medium tank is in service in many countries abroad. Within of service the tank is still an effective combat vehicle used in the battlefield, especially during low-intensive conflicts.

The article by Alexander Belousov, Gene­ral of the Army, Advisor of Director General of JSC «Rosoboronexport», provides comprehensive analysis of the Russian enterprises participation in Indian DEF­EXPO exhibitions. The author outlines advantages of the Russian weapons and its competitors.

Our Actions Should be Adequate to Present-Day Conditions

Deputy Director General of Federal Service for Military Technical Cooperation of Russia Konstantin N. BIRIULIN elaborates about advertising and exhibition activity of Russian Military-Industrial Complex Enterprises. He points out that under present-day conditions such activity is essential for demonstration of the potential of an exporting country. Mr. Biriulin outlines measures that should be taken on the federal level in order to promote Russian military hardware abroad.

Advertising and Exhibition Activities of Russian Enterprises on Armament Market

The article says about the need of proper advertising of the Russian modern weapon systems.

The article is devoted to the «Combat» team simulator, designed by Transas Company and demonstrated in the frameworks of the Second International Forum Engineering Technologies 2012. The main purpose of the simulator is formal unit training in general and developing of tactical mastership of tank crew commanders. The availability of several simulators in a unit makes it possible to train tank crews of a company with an attached motorized platoon with other reinforcing means; or to train an entire motorized company with an attached tank platoon and other reinforcing means. In case the number of simulators is increased the training session can be fulfilled for an entire battalion. The software used in the simulator can be enhanced with files of different terrains (electronic maps) which can be received from satellites or UAVs. Due to simplicity of the software such files can be downloaded to the simulator in a short period of time. Along with files of terrain, on-line amendments/additions of engineering preparations of terrain (cleansing of zones of fire, laying cuttings, digging trenches, etc.) can be added into the simulating program.

A. Vladimirov. Fundamentals of General Theory of War

A study of General Alexander Vladimirov is considered to be a unique one as the author writes about exactly the Theory of War and not about «a war» or «art of the war». The study gives a comprehensive idea of a war as a social phenomenon.

The study is not only a guide of the theory of a war but also a guide for national strategy and philosophy of policy of the Russian Federation.

The study is recommended for education process of high ranking specialists and officials involved into public administration.

The article provides analysis of current status of AA systems of the Iranian Air Defense in the light of possible military assault against Tehran by some Western countries. 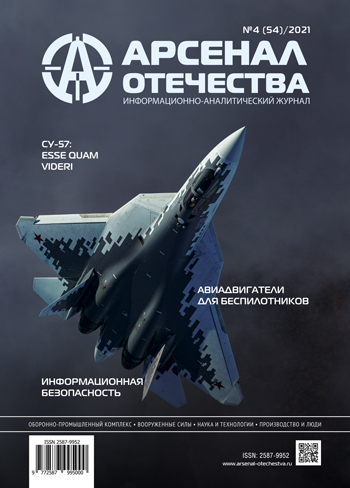